Pandora's Box is now going on sale for 8.99$. For a limited time only. 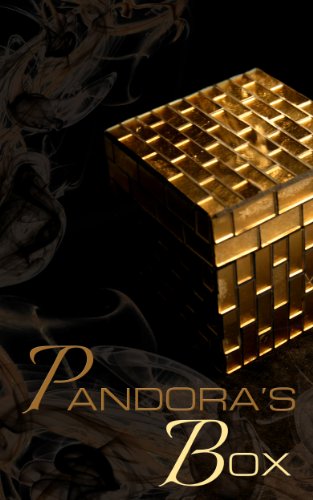 The gods entrusted Pandora with a box gilded in precious metal and bound by an ancient magic. They commanded her to never let it open. This command, this seed, grew her curiosity until Pandora could no longer resist. Pain, pestilence, and death spewed out from it’s lid and into the world. And the story becomes myth, and is retold throughout the ages… This anthology project is a compilation of stories and poems from a number of different genres. From Steampunk, Neo-western, to "Now" Fiction they delve into the mystery found within the human soul. Today, or eons past, we investigate that one single choice, the choice to know, which changed the world. Featuring: Stephanie Bryant Anderson, Connie Post, Cynthia Bracket, Sophia Argyris, Jennifer Steen, Meg Tuite, D I Harrison, David Allen Jones, Bud Smith, Ian Rene, Conrad Schafman, John Swain, Jonathan Treadway, Isidora Zecevic, M. Kari Barr, Mika Sugano, Brad P. Christy, Micheal Osias, DM McCaig, K.B. Timmermann

Oops, you forgot something.

The words you entered did not match the given text. Please try again.